Tiny Navajo Reads: The Woman in the White Kimono

The Woman in the White Kimono by Ana Johns 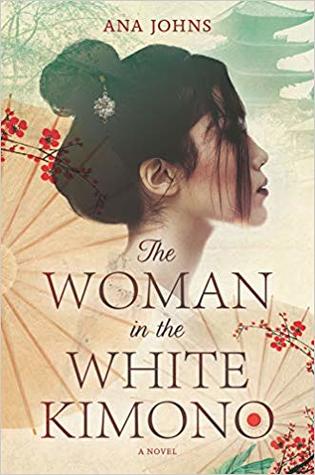 The premise for this book popped up in a book river on my library’s catalogue and I got it checked out. It took me a while to actually get around to reading it and I will say that I’m glad I read it. It was quite interesting and it was a contemporary, which is a type I rarely read.

Oceans and decades apart, two women are inextricably bound by the secrets between them.

Japan, 1957. Seventeen-year-old Naoko Nakamura’s prearranged marriage to the son of her father’s business associate would secure her family’s status in their traditional Japanese community, but Naoko has fallen for another man—an American sailor, a gaijin—and to marry him would bring great shame upon her entire family. When it’s learned Naoko carries the sailor’s child, she’s cast out in disgrace and forced to make unimaginable choices with consequences that will ripple across generations.

America, present day. Tori Kovac, caring for her dying father, finds a letter containing a shocking revelation—one that calls into question everything she understood about him, her family and herself. Setting out to learn the truth behind the letter, Tori’s journey leads her halfway around the world to a remote seaside village in Japan, where she must confront the demons of the past to pave a way for redemption.

In breathtaking prose and inspired by true stories from a devastating and little-known era in Japanese and American history, The Woman in the White Kimono illuminates a searing portrait of one woman torn between her culture and her heart, and another woman on a journey to discover the true meaning of home.

This is the second contemporary that I’ve read recently that is very character driven. I quite enjoyed the story and the mystery she had to unravel about her father and his life he may have had while serving in the Navy in Japan during World War II.

Tori’s father is dying of cancer. And she isn’t ready to let him go, which is what you would expect. But when he tells her of his life before her, before her mother, Tori starts to question who her father was exactly. What kind of man leaves someone pregnant and along in Japan? So, Tori travels to Japan to see if she can figure out what her father was talking about and what she can do in order to lay her doubts to rest.

What do you think of contemporary books that deal with family and character motivations? Or do you want a plot driven book? Comment below and let me know!

One thought on “Tiny Navajo Reads: The Woman in the White Kimono”