Yes, I will be reviewing all 5 of these volumes, as I am behind and I rated these all the same. I just need to let you know what’s going on and how well everyone in Fabletown has progressed. 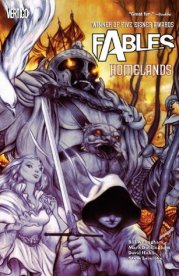 Fables: Homelands has those in Fabletown preparing for war having beaten back the first advance from the Adversary. For two of our characters, preparing for war means very different things. For Jack, it’s absconding off with some gold and jewels and running away to Hollywood, where he hopes to gain fame, glory, and some form immortality by telling his stories through film. For Boy Blue, it means taking the vorpal sword and the witching cloak and making his way to the heart of the Homelands, trying to not only figure out who is the Adversary but sowing as much destruction as he can. 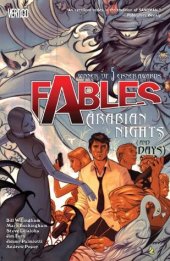 Fables: Arabian Nights (and Days) is focused back in Fabletown and the building of new alliances with those who have not been conquered. Yet, when a delegation of Arabian Fables led by Sinbab and carrying a Weapon of Magical Destruction. As Fabletown works with Sinbad to create an alliance, Yusuf, his minister seeks to do more than building an alliance but to take over Fabletown and Fable Baghdad. This doesn’t quite turn out the way it was supposed to, but Sinbad sees that the mundane world can be a place of new beginnings and seeks to follow Fabletown’s example.

In Fables: Wolves, we see Bigby and what a strong fable he actually is. First, he has to be 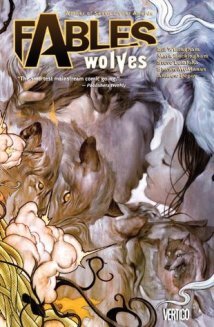 found; he is not allowed near The Farm, nor is he the sheriff of Fabletown anymore. Not having much purpose to deal with Fabletown anymore, he vanishes into the wild. He needs to be found to deliver a message to the Adversary in the middle of the Homelands. And he is the only one to do it, so Prince Charming sends Mowgli off to find Bigby and bring him back no matter what. There is more to for Bigby though, once he comes back.

Fables: Sons of Empire is a brief peace where most of the 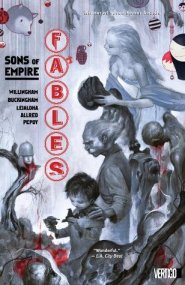 Fables in Fabletown and the Farm can rest and enjoy what small peace this brings.

Fables: The Good Prince gives us the backstory and continued story of Flycatcher, a character we know as the Frog Prince but we see that there is much more to him. We see that Flycatcher, or as he was known before his centries induced a 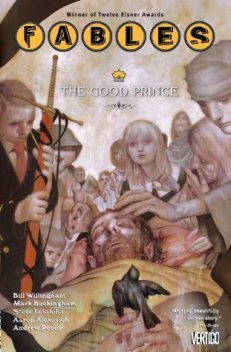 These 5 volumes of Fables has us moving along quickly, at least it feels quick. Granted, I read these all in short time, so it just may be that I was reading them in short time. I’m loving how all of these fairy tales and fables are working together in many different ways in order to work against someone who is working to destroy their way of life. I need to keep reading and figure out what happens next to the Adversary and Flycatcher.

What has been your favorite comic series to read? Did you have to play catchup or were you reading from the beginning? Comment below and let me know!